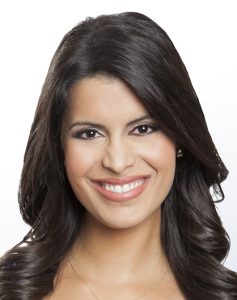 Roxanne Vargas is the new weekend morning anchor at WTVJ.

In addition to her new role, she’ll continue to host NBC6’s midday entertainment show “6 In The Mix” three days a week.

Vargas joined the NBC6 News team in May 2006, where she has been an entertainment reporter and host of the “6 In The Mix.”

She previously worked for Telemundo 51 from 2003 to 2006, and in recent years has contributed reports for the station’s entertainment show “Acceso Total.”