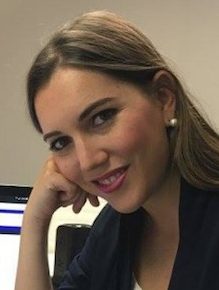 A Venezuelan native, she moved to Miami in 2015 to help launch video journalism website HispanoPost.com, working as a reporter and digital journalist.

Before moving to the U.S., she was an investigative unit reporter for news site Runrun.es, founded by Venezuelan journalist Nelson Bocaranda.

She also worked as a Caracas-based correspondent for several media outlets, including Spain’s Antena 3 Noticias and Estrella TV.

Sosa was previously an executive producer at Éxitos FM. She began her journalism career at El Nacional newspaper, before moving over to broadcasting.