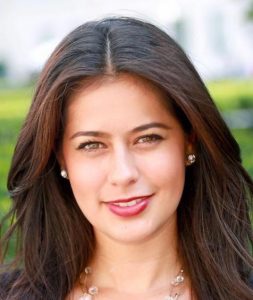 KGBT CBS 4 will soon have a new face for its weekend newscasts. The Texas station has hired Marybel González as weekend anchor.

She debuts on the anchor desk on Saturday, November 25. She’ll also report three days during the week from the station’s bureau in McAllen.

She replaces Michelle Vargas, who was promoted to weekday morning anchor in September.

A former fellow of CNN’s Investigative Unit in Atlanta, González also worked from 2012 to 2013 at Telemundo Denver as an on-air reporter and producer for the station’s community segment “Ventana en tu Comunidad.”