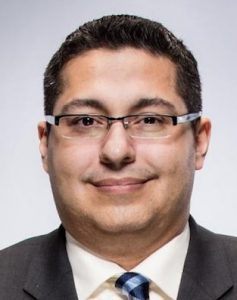 KGBT, the CBS affiliate in Harlingen is bolstering its sports anchor team with the addition of Alex Del Barrio.

The Rio Grande Valle native will alternate anchoring sports segments with Patrick Chalvire, who was promoted to anchor in September.

Both will cover the 6 and 10 pm newscasts Monday through Friday, as well as the weekend shows.

Del Barrio, who does his on-air debut today, replaces Clay Williams, who left the station in September.

Del Barrio was previously part of CBS Radio sports, covering all the sports teams in Houston. He was also play by play and color commentator for the Houston Dynamo and has toured around the world with the Harlem Globetrotters and WWE.