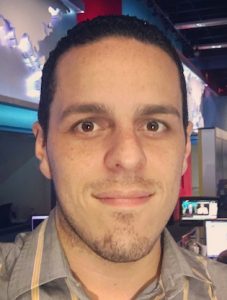 William Vélez is starting a new job as a producer for Telemundo 62 in Philadelphia on Monday, November 6.

He left his position as a Senior Producer at Telemundo News Service in Miami, where he had been working since 2016.

He previously worked at HOLA-TV. Before that, he spent 5 years as an entertainment producer for Telemundo’s morning show “Levántate,” when it was produced from Puerto Rico. He later transferred to Miami to work on the program when it relaunched as “Un Nuevo Dia”.

Prior to working for Telemundo, he held several producer positions at WAPA TV in his native Puerto Rico.