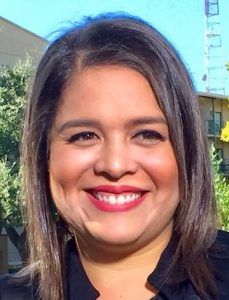 She starts the new job December 13.

Prior to joining KENS, she was a a bilingual reporter for NBC affiliate NewsWest 9 and Telemundo 20 in Odessa, TX, covering border issues from 2013 to 2015.

She started her career in production at WOAI News 4 San Antonio in 2011.