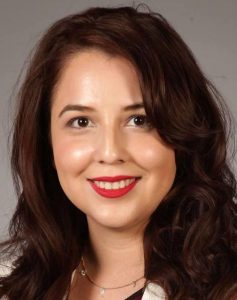 Silvia Pereida moves up 92 markets to start a new job as weekend news producer at KPTV FOX 12 in Portland.

She’ll be producing the station’s Saturday and Sunday 11 pm shows, as well as a 5 pm newscast set to launch in January.

Pereida joins KPTV FOX 12 from NBC affiliate KMTR in Eugene, where she worked as weeknight newscast producer for the past two years.

She was previously a freelance producer for M.U.S.E., a lifestyle, community, sports, technology and entertainment digital news site from 2014-2015.