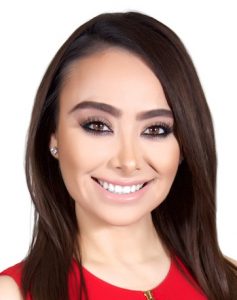 She replaces Joseph Martínez, who moved to Washington, D.C. for the launch of the Telemundo O&O newscast.

Cantú, who has been off the air, working in education for the past four years, previously worked as a weather anchor and reporter at Univision affiliate KNVO in McAllen, Texas from 2011 to 2013.

She is currently studying to earn her Meteorology degree from the University of Mississippi.