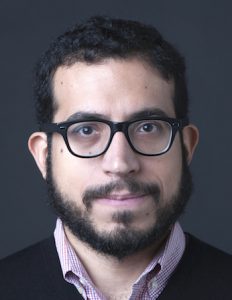 Almost three years after joining the New York Times as Television Editor, Gilbert Cruz is moving on to a new role.

The paper announced Cruz is the next Culture Editor of The Times.

In making the announcement, NYT Executive Editor Dean Baquet and Managing Editor Joe Kahn stated wrote: “Gilbert emerged from an outstanding pool of applicants for the job, impressing us with his energy, creativity and journalistic vision,” calling him a “natural leader who will push for provocative coverage and challenging ideas, and bring fresh perspectives to our report.”

Before the NYT, Cruz was Editorial Director at New York magazine Vulture, where he rose up the editorial ranks over a period of three years. He previously worked as a staff writer and senior editor at Time magazine.