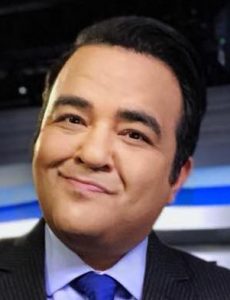 Mekahlo Medina has been named permanent co-anchor of KNBC’s weekend editions of “Today in LA,” alongside Michelle Valles.

His promotion comes after doing the job on an “interim” basis for the past year.

“It’s been a dream of mine to anchor news at KNBC since I was 18 years old in New Mexico and meet former KNBC TODAY in LA and fellow New Mexican Carla Aragon,” Medina tells Media Moves. “Carla became my mentor and now I’m living my dream thanks to her and so many journalists who took me under their wing.”

In addition to anchoring weekend mornings, Medina will continue to anchor “TheTrend” segment, covering technology and social media, on “NBC4 Midday,” as he has done for last five years.

He will also do general assignment reporting for the station’s 4, 5 and 6 pm weekday newscasts.

Medina joined KNBC in 2006 as a digital anchor for “News Raw.”

He previously worked as a reporter at KSTP in Minneapolis, KPNX in Phoenix and KOB in Albuquerque.