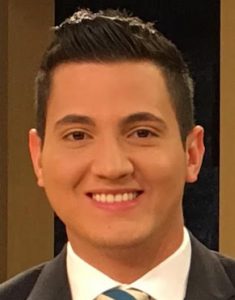 Pattrik Simmons-Perez has landed a new job as an MMJ at KVUE.

He started at the ABC affiliate this week, but is not yet on-air.

He moved to Austin from KXXV in Waco, TX, where he got his first on-air break as an MMJ straight out of college in January of 2016. Shortly after, he moved into the weekend morning anchor position, also producing the shows.

His last day at KXXV was December 23.

Simmons-Pérez was born in Caracas and grew up in Miami. He went to Florida International University and interned at WPLG and WLRN in Miami.