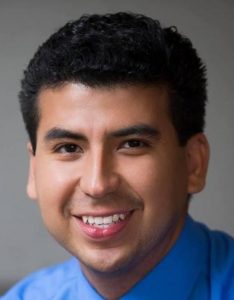 Marco Revuelta is leaving his job as an MMJ and weekend anchor at NBC affiliate KGNS for an opportunity in a larger market.

His last day at the Laredo station is January 4.

He’s moving to KWTX, the CBS affiliate in Waco, TX for a reporter position – a 98 market jump.

He starts the new gig January 15.

Revuelta has been at KGNS since October of 2016. He previously did a brief stint at the Entravision-owned Fox affiliate in Laredo as an MMJ and anchor, after graduating from the University of Houston that same year.