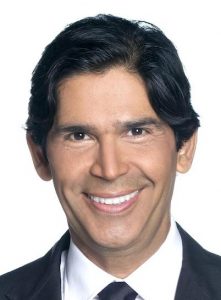 NBCUniversal Telemundo Enterprises is consolidating all of the company’s domestic and international scripted production units under one new division, the newly created Telemundo Global Studios.

Under his direction, each entity will continue to produce its own unique brand of content geared to reach distinctive audiences.

Luis Silberwasser will continue to lead the company’s U.S. networks Telemundo and Universo, as President of Telemundo Networks.

Santana joined NBCUniversal Telemundo Enterprises in 2007, when Telemundo acquired the operating assets of its foreign distributor, Tepuy International Corp., where Santana was President and CEO.