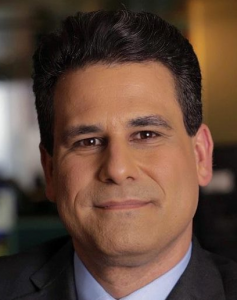 John González has been upped from Director to VP of Technology and Operations at Telemundo 47, where he has worked for the past four years.

According to the company, González led the design of Telemundo 47’s state-of-the-art broadcast transmitter and oversaw its launch last year, making it the first Tri-State television station to officially resume over-the-air transmissions from One World Trade Center.

Telemundo 47 boasts it now has the largest coverage area of any television station in the New York market.

In his new role, González will continue to implement digital upgrades to operational infrastructure and further expansion of the station’s online platforms.

Prior to joining Telemundo 47, González was Senior Manager/Digital Media Supervisor WNBC. He previously worked as a photojournalist and digital editor for Cablevision, Univision 41 and WNBC.