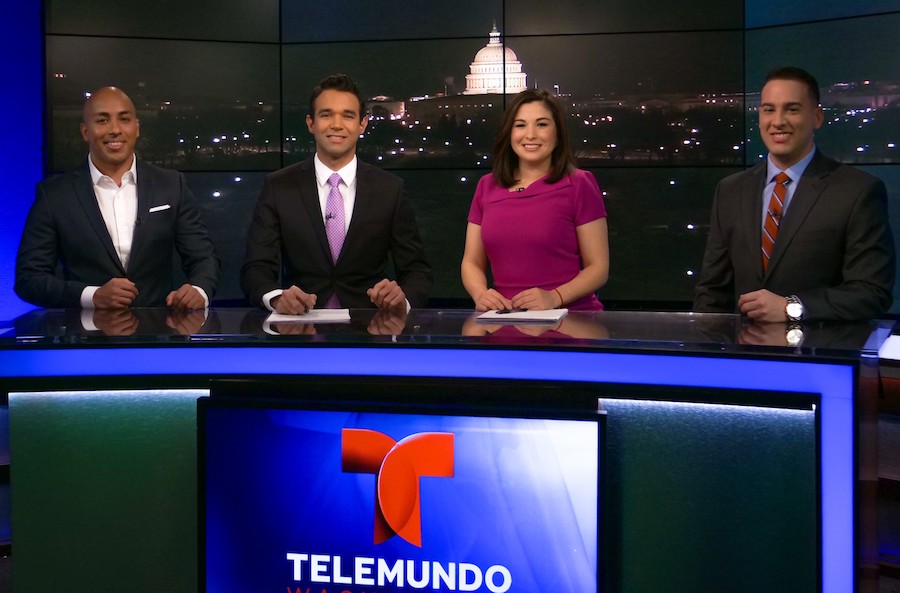 WZDC’s new “Noticiero Telemundo Washington” is wrapping its first week on the air tonight, following its January 1st launch, rebranding, and handover from ZGS to Telemundo.

This also marks the first week on the air for the station’s newest members of the anchor team: Alban Zamora and Joseph Martínez. They join former ZGS anchors Sulema Salazar and Moisés Linares.

The station currently only has 6 and 11 pm newscasts Monday through Friday, but will expand news coverage in the near future.

Telemundo is currently running the D.C. station under an LMA, pending the FCC’s approval of its $75 million purchase of all ZGS stations.