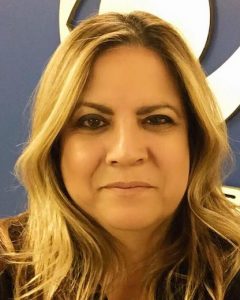 Maryhelen Campa has landed a big promotion at CBS News. A Los Angeles bureau producer for the past 12 years, Campa has been named Deputy Bureau Chief for the CBS News Southern Bureau, based in Dallas.

“This promotion is a goal I’ve had for quite some time. I’m looking forward to the new challenges,” she tells Media Moves. “California is my home. Leaving it will be tough but change can be good.”

Her last day in the L.A. Bureau is February 28. She starts in Dallas on March 26.

Campa has spent almost her entire professional career in her hometown of L.A. Prior to CBS News, she was an assignment editor at NBC News, an investigative producer for KCBS/KCAL and assignment manager for KNBC-Telemundo from 2000 to 2005.

She previously worked three years as an L.A. producer for the Fox News Channel, and assignment manager for KCBS from 1995 to 1997.