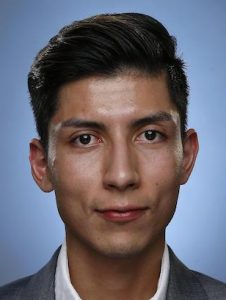 After almost three years at the Los Angeles Times, Brian De Los Santos is leaving the paper. His last day is this Friday, February 9.

He’s moving on to a new opportunity at the Desert Sun in Palm Springs as a Digital Strategist. He starts his new role on February 26.

While at the LAT, he produced and edited the latimes.com homepage and assisted in all things digital, including audience engagement. A major part of the job, he says, was looking for innovative ways to present digital storytelling to readers. He worked on national and foreign coverage, including the terrorist attack in San Bernardino, assisting the team that won the 2016 Pulitzer Prize for Breaking News.

De Los Santos also wrote a personal essay, which ran in the LAT, about being undocumented when President Trump terminated the DACA program.

He previously worked at Southern California Public Radio station KPCC, where he was a digital and fill-in producer for the arts and entertainment show “The Frame,” and also worked at KCRW, Marketplace and NPR.

He’s currently Region 8 director on the NAHJ board.