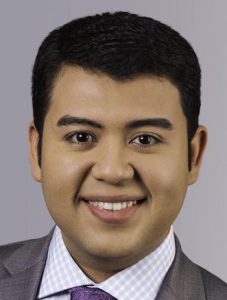 He’ll be responsible for creating on-air weather presentations for multiple markets in the United States, Mexico, South America and the Caribbean.

Gómez previously spent a year as an MMJ at Entravision-owned WVEN-TV in Orlando, where he also covered severe weather storms, including Hurricane Irma, Maria, and Tropical Storm Emily. He left the station in December.

Before his move to Orlando, he freelanced for Telemundo Chicago’s Creative Services department, following an internship at the station.

A native of Guatemala, Gómez also did internships at Univision Chicago and WLS ABC.