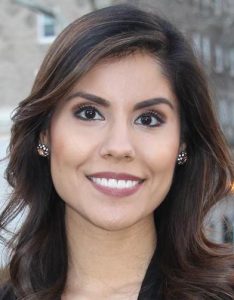 Maria Salazar has joined the Fox-owned KRIV in Houston as a weekday general assignment reporter.

She started the new gig this week, reporting for the station’s 5 pm newscast.

Salazar moved to Houston from independent station WFMZ-TV in Lehigh Valley, PA., where she spent a little over two years as a reporter for 69 News.

She previously worked in Atlanta as a reporter and producer at WKTB Telemundo, where she also partnered with local ABC affiliate WSB-TV on a series of in-depth investigative reports from 2013 to 2015.

Salazar got her start out of college as a client engagement specialist and on-air talent for WUVM 4 Azteca, Atlanta.