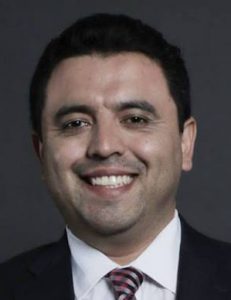 Robert Valencia has been upped to a managerial position at Newsweek Media Group – just six months after joining the company as a writer and night editor for Newsweek.

He is now Deputy World Editor, assisting in the supervision of five reporters who cover international breaking news and in-depth reporting.

“This promotion is proof that Newsweek recognizes the strides my coworkers and I have made to deliver high-quality journalism. For me, the new role represents that I must uphold the highest standards of fair reporting and accurate information for our readers,” Valencia tells Media Moves.

“The magazine has just celebrated its 85th anniversary. Throughout these years, the Newsweek brand is synonymous with world news and analysis,” he says. “I look forward to playing an important role in leading world coverage of the stories that are of interest to international audiences. I also hope to usher in a new era for the magazine.”

Valencia joined Newsweek in September 2017. He was previously a staff writer for Mic and a contributing writer for Global Voices Online.