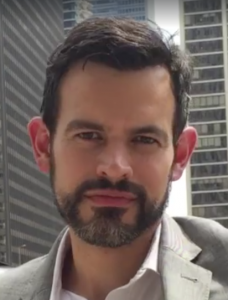 When he was passed over for a promotion two years ago, Anthony Ponce quit his job as reporter and weekend morning anchor at NBC-owned WMAQ to do his own thing as a Lyft driver/interviewer, starting and producing a podcast called “Backseat Driver.”

But he won’t leave the “Backseat Driver” behind. Ponce will to host the podcast and do a video version of his podcast that will air during the morning show’s 7 to 9 block.

After spending 9 years as an anchor/reporter at WMAQ, Ponce left the station in July 2016. At the time, he explained his decision in a self-produced video that went viral.

He starts the new gig next Monday, March 19.