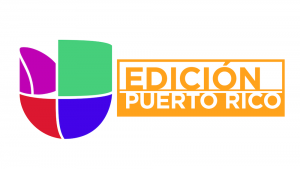 “Edición Puerto Rico” will air on in the morning on local UniMás stations in Atlanta, Chicago, New York, Philadelphia, and Raleigh, as well as Entravision affiliates in Boston, Hagerstown, Hartford, Orlando and Tampa.

In Puerto Rico, this “special edition” newscast will air at 11 pm AST.

Univision shut down news operations and canceled all local newscasts in Puerto Rico in 2014 as part of a major company restructuring and has not produced local TV news on the island since it laid off all of its reporting and producing staff in the island.