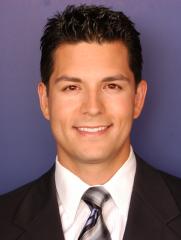 Erik Barajas leaves his weekend anchor gig at KSAT-12 in San Antonio for the 4 pm weekday anchor slot at KTRK-13 in Houston, his hometown.

Erik departs San Antonio in mid-March and will start his new job at the ABC affiliate in April.

Erik’s first job was as reporter/photographer in Corpus Christi, where he got promoted to weekend anchor after 6 months on the job. He moved to Fox 7 in Austin a year later, before joining KSAT in San Antonio.

Now, there will be two Barajas in town – Erik’s uncle is Mike Barajas, weeknight anchor at Fox-26, where he has worked since 1986.