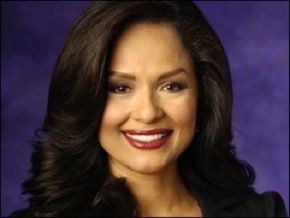 Manny, an Emmy-award winning reporter who has been at KPIX-5 for 28 years, was given the pink slip yesterday.

Anchor Maria Arita, who joined CBS11 in Dec. 2003, was also laid-off, but on Friday. She co-anchored the station’s first high-definition newscast. She previously worked as general assignment reporter for the NBC station in Dallas, for E! News Daily and hosted the nationally-syndicated show “Hispanics Today.”

I reported earlier this morning that Rafael Romo, a reporter at WBBM-2 in Chicago was also a casualty.