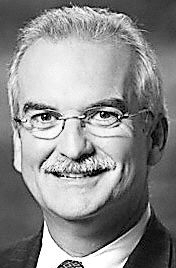 Carlos Fernández, station manager of WGEM-TV, the NBC affiliate and WGEM’s AM and FM radio stations in Quincy, Ill. has been promoted to VP and General Manager, effective immediately.

Carlos, who was born in Cuba, began his broadcasting career at WIBW-TV in Topeka, Kan. He worked his way up with Stauffer Communications Inc., eventually becaming general manager of the company’s ABC affiliate in Columbia, Mo.

Before joining WGEM, Carlos was president and general manager of KXAN-TV, an NBC affiliate in Austin, Texas.