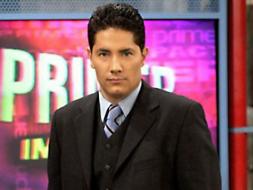 Oh, the drama! For those folks not living in the Miami area, perhaps the scandal has not reached your ears.

Fernando del Rincón, host of Univision’s Primer Impacto was accused by his former co-host and ex-wife, Carmen Dominicci, of domestic abuse. Her speaking publicly about their divorce, she claims, got her fired in November from the network. Now, Fernando is out of a job as well, although Univision is tight-lipped about the whole situation.

People en Espanol.com confirmed Fernando’s exit from the network, although Univision has refrained from stating the reasons or conditions of his departure.

Carmen did a sit down, tell-all interview with Maria Celeste Arraras, going into details of the 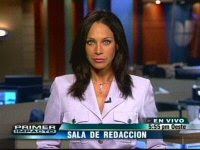 couple’s divorce, the alleged domestic abuse and her claims that Univision fired her unjustly, while supporting an alleged abuser.

In the interview, she says company executives told her to “move on” and keep quiet (a clause in her contract prevents her from speaking negatively in public about any co-worker). The public allegations of abuse sparked a lot of viewer complaints on univision.com and from many women’s groups.