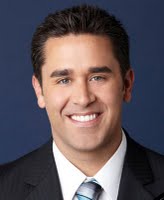 Emmy-Award winning anchor/reporter Jason Martinez has left KFSN in Fresno to join KTLA in Los Angeles as a reporter.

He’s switching from a morning to a night shift as he moves to L.A.

Jason worked at the ABC affiliate since 2004, previously working at WTVG in Toledo for 3 years. He’s originally from the L.A. area.