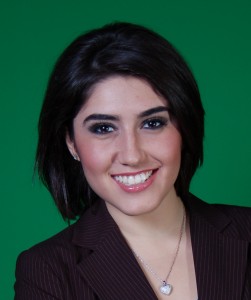 Erika Gonzalez is leaving her co-anchor job at Fox 2 News in McAllen, to become a reporter for KEYE-42 in Austin. She will also be reporting for the station’s new Telemundo digital channel, which KEYE recently announced will be launching local Spanish-language newscasts starting Oct. 1.

Erika is pretty new in the biz. She graduated from college in 2007.