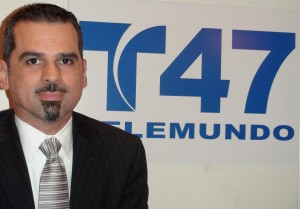 José Morales has landed the newly created position of VP of Content, at Telemundo’s O&O in New York. He will be in charge of the news department, creative services and all digital platforms.

It was just 2 weeks ago that Telemundo announced layoffs and restructuring of its news operations, which included the elimination of the news director position at WJNU-47, leaving Hugo Balta without a job.