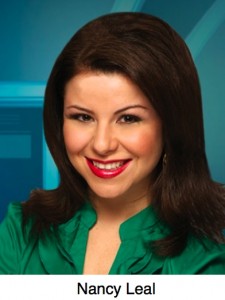 or the past 3 years, these cities have been airing regionalized newscasts produced by the Telemundo Production Center (TPC) in Dallas. 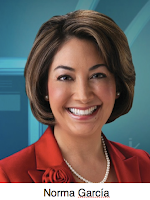 In Dallas, the 5 pm newscast will be anchored by Nancy Leal.

There will be an anchor switch for the evening, with Norma García, a former news anchor for Telemundo in Houston and the TPC, headlining the 10 pm newscast.

Ramón Díaz, former sports anchor at KSTS-48 in San Jose and contributor to TPC, will be the sports anchor. Ariel Rodríguez will do weather.

At its Texas sister station in Houston, “Noticiero Telemundo Houston” will be co-anchored at 5 and 10 pm by Blanca Gómez and Daniel Morales.

In Phoenix, Patricia Batres will be the sole anchor of the 5 and 10 pm newscasts.

The Batres-led shows are also seen in Tucson.

And in San Jose, César Bayona, who worked for Telemundo from 1999 to 2006, returns to his old anchor seat at 6 pm. Blanca Garza will anchor the 11 pm newscast.

The TPC will not disappear from the picture. A spokeswoman for the network tells me the TPC will remain a content provider, with some segments of these “enhanced local” newscasts continued to be produced from Dallas.

San Antonio, Fresno and Las Vegas, the three other markets that lost their local newscasts 3 years ago, will continue to receive the regionalized news service from the TPC.