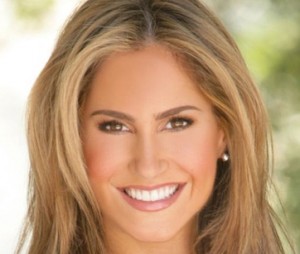 Andy was most recently a sports anchor at WNYW-5, the Fox O&O in New York, as well as a fill-in host for “Good Day New York.”

Andy joined Fox-5 from KPSP-2 in Palm Springs, where she reported for the 6 pm newscast and co-hosted “Eye on the Desert,” a daily evening magazine show. She has also worked for the nationally-syndicated programs American Latino TV and LatiNation. She began her on-air broadcasting career as a reporter for KSBW- 8, the NBC affiliate in Salinas.

This is a return for her to KNBC. She worked at the station as an editorial assistant after graduating from Stanford University.