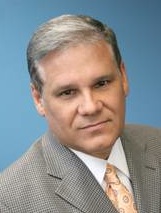 There’s been a management shake-up at SBS’s Mega TV in Miami. SBS recently appointed José Pérez to VP of Programming and Camilo Bernal to Manager of Affiliate Relations at Mega TV.

Prior to joining the station, José was Sr VP of Entertainment and Programming Development for Univision Network. After 8 years there, he worked as Telemundo Network VP of Daytime Programming. He most recently worked for SBS supervising morning and afternoon talk and entertainment radio shows for several of its Miami radio stations. 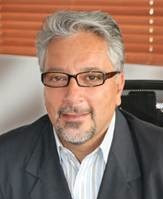 The hiring of these executives is part of SBS’s “ongoing growth and expansion” of the Mega TV network. Those efforts led to the dismissal last week of Mauricio Gerson, VP of Programming and Development; Tomas Johansen, General Manager; Olga Luis, Sales Manager and Eduardo Suárez, VP of Programming and Production.

Rumors swirled last week that there were going to be show cancellations and layoffs. But spokesperson Isabel Montana denied them. She said “every restructuring is painful, but Mega TV is expanding, with more strength than ever,” and contrary to some speculation, “Mega TV will be around for a very long time.” She would not address the layoffs, saying it’s a personnel issue, but inside sources confirmed that additionally, the executive producer of “Paparazzi TV,” Karen Willet, was let go along with 2 other producers.

Among recent changes, Albert Rodríguez was named GM of the station in February. Maggie Salas Amaro left her job as Director of Affiliate Relations to join América TV and Cynthia Hudson-Fernández resigned in March as Executive VP of Mega TV to take a position as Sr VP and General Manager of CNN en Español.