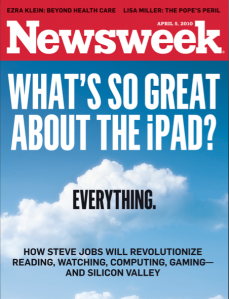 Distressed magazine Newsweek, which the Washington Post Co. put up for sale in May, got several bids by yesterday’s 5 pm deadline.

Politico is also reporting industrialist Sidney Harman, husband of Rep. Jane Harman and Marc Lasry, a hedge fund founder, are leading contenders for the mag. According to the Politico reporter Newsweek both men are “establishment stalwarts who are interested in Washington and global influence,” so the mag won’t go all-digital.

A decision could take weeks. It’s expected the buyer will have to make personnel cuts. Newsweek currently has 150 editorial and 200 business staffers.