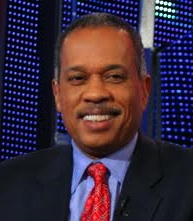 NPR has fired Juan Williams over comments he made on Bill O’Reilly’s show last Monday. During the show he said Muslims wearing “Muslim garb” on planes made him nervous.

“Tonight we gave Juan Williams notice that we are terminating his contract as a Senior News Analyst for NPR News,” NPR said in a statement to Richard Prince’s Journal-isms.

“Juan has been a valuable contributor to NPR and public radio for many years and we did not make this decision lightly or without regret. However, his remarks on The O’Reilly Factor this past Monday were inconsistent with our editorial standards and practices, and undermined his credibility as a news analyst with NPR.”

The Panamanian-born journalist and author had been with NPR since 1999. He joined Fox News as a political contributor in 1997.