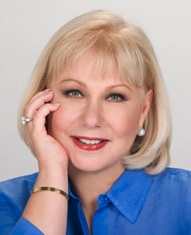 Cristina Saralegui, who now openly admits to having been forced out of Univision after more than 20 years, says she has landed a new job… and one that’s “much better than the last one,” she told the L.A. Times.

She can’t disclose what that new job is yet, because her contract with Univision doesn’t end until Dec. 31. But she says she’ll be back on the air in March.

Cristina told the LAT that Univision’s management “essentially fired her,” asking her to drop her weekly talk show and offering her 2 yearly specials “for a pittance, a salary that I consider a tip for a woman who has been doing a job for this many years.”

The final “Show de Cristina,” which has already been taped, airs tonight on Univision.