The Hispanic population growth shown in the 2010 Census is motivating media and marketing companies to aggressively target that audience.

As part of its push to capture the booming Hispanic audience, Fox Networks Group is expected to announce on Monday the creation of a new division called Fox Hispanic Media. It’s also launching a new Spanish-language channel – Nat Geo Mundo, in July. The unit will be comprised of the new channel, along with two existing Spanish-language networks: Fox Deportes (formerly known as Fox Sports en Español) and Utilísima, a women’s lifestyle channel which began last year. The new unit also aspires to attract viewers into other parts of News Corp., such as its theatrical division. 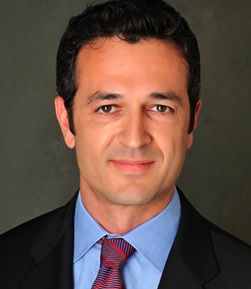 Fox Hispanic Media will be led by Hernán López, President and Chief Executive at Fox International Channels. “We are launching this new network after many conversations with advertisers, who have told us in no uncertain terms that they are increasing their budgets by double-digits for Hispanic spending and they need new television offerings to absorb those increases,” López told the Wall Street Journal, also owned by parent company News Corp.

Fox will be facing stiff competition from other more established Spanish-language networks, particularly Univision, which dominates the Hispanic TV marketplace, reaching 95% of Hispanic households in the U.S.