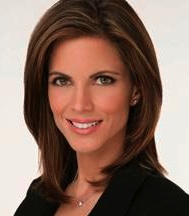 NBC “Today Show” co-anchor Natalie Morales will appear on Telemundo starting Monday, April 25… but as an actress in the network’s 9 pm telenovela. She’s not appearing on “Los Herederos del Monte” playing herself. The NBC news correspondent will take on a full-fledged fictional role.

Is she crossing the line? Is she a correspondent or an actress? I’d like to read your comments.

By the way… the “Today Show” will be airing a special report on Telemundo telenovelas in May. Guess who’s doing the reporting?