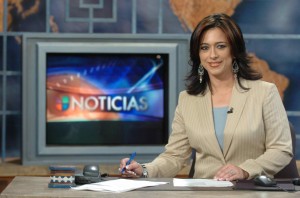 Neida has been news anchor since the show’s inception in 1997.  Before that, she spent 5 years as a correspondent for “Noticias y Más,” later renamed “Primer Impacto.”

She was previously reporter and news anchor at KLUZ-41 in Albuquerque and at  KWEZ-41 in San Antonio.

A network rep would not comment on the changes.