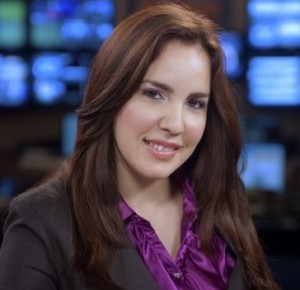 Liz Evora joins the just launched 24-hr regional news network InfoMás as a reporter/producer.  Her first day on the air is tomorrow, July 14.  She’ll be based in Tampa.

“I am really excited to join the team of InfoMás,” says Liz, who helped launch the new network.  “I will work from the Tampa Bay area as a reporter during the week, presenting the updates at night and producing during the weekends.”

Liz landed this new job in Florida less than a year after she was hired as an anchor producer for Telemundo Amarillo in Texas.