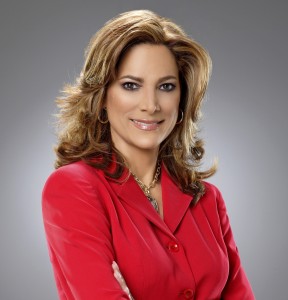 María Elvira Salazar is no longer at Mega TV.  Her final show was last Friday. She had been with the Miami station since 2006. “María Elvira Live” aired Mon-Fri at 8 pm.

According to El Nuevo Herald, María Elvira resigned, but Mega’s VP of Programming José Pérez told the paper that her departure was of “mutual agreement,” since the company didn’t want to renew her contract and neither did she.  He also told the Herald there would be a surprise replacement announced, but that hasn’t happened yet.

A company spokeswoman confirmed her departure.  She would not elaborate on the show that would replace the vacant 8 pm slot.