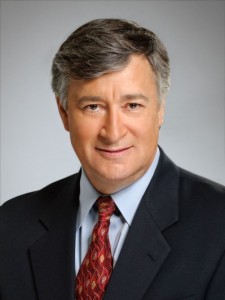 Telemundo Television Station Group President Ron Gordon says there will be a major news and HD expansion, as well as the addition of public affairs shows in several markets. In an interview with B&C, he reaffirms the need for local news saying it’s “the right thing for our community, and the right thing for our business.”

New York, Dallas, Houston, L.A., Puerto Rico, and Denver will be getting the biggest news boost.  New York, for example will once again have weekend newscasts and the stations will be adding public affairs shows to their programming.

Denver is launching a Mon-Fri newscast starting Oct. 3, but won’t get a public affairs show.

In essence, Gordon is cleaning up the mess NBCU made back in 2006, when it eliminated local newscasts from several top 10 markets including Houston and Dallas, replacing them with regionalized newscasts produced by the Telemundo Production Center in Dallas.   NBCU also canceled weekend newscasts in NYC and the morning newscast in L.A.  Just last month, KVEA-52 debuted “Buenos Días,” a morning entertainment show in L.A.

You can read the entire interview here.