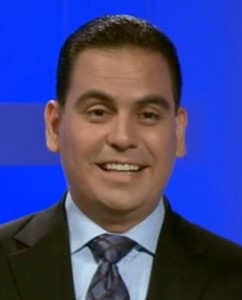 Bernardo Osuna joins the sports network as a commentator for both ESPN and ESPN Deportes.  He will also serve as correspondent for ESPN Deportes in Los Angeles.

A boxing commentator for over a decade at Univision/Telefutura, Bernardo has previously contributed for ESPN’s Friday Night Fights.  Earlier this year, he debuted on Showtime as a blow by blow announcer on ShoBox: The New Generation show.

Bernardo was most recently freelancing for KMEX-34, the Los Angeles Univision station where he began his career as a sports director and anchor 17 years ago.  He has covered the 1998 and 2010 World Cups, as well as several Super Bowls, World Series, NBA Finals, MLS Cup Finals, Gold Cups, Confederation Cups, and numerous boxing championship bouts.