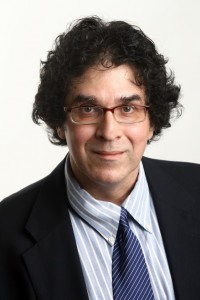 About the new duties, David tells me: “In a way, my taking on a new role at Lens combines both of my journalistic passions. Before I became a pencil-person, I was a photographer, working at En Foco, a Latino photographer’s group in the South Bronx. In more recent years, I have been doing more photography again; from shooting my own stories when I was Central America Bureau Chief, as well as for the City Room blog. A photo spread I did on images of the South Bronx in 1979 – “Faces in the Rubble” – sparked tremendous reader interest when it was the cover of the Metropolitan section in August, 2009. So, it’s only natural I figured out a way to return to roots.”

At Lens David will be working with his co-editor, Jim Estrin “to publish the best and most interesting of visual journalism from around the world.”

Although he’ll be doing some editing, David says he’ll be mostly writing. “I also hope to be able to showcase up-and-coming photogs from Latin America and other regions that US readers may not be familiar with.”

David isn’t straying from the NYT’s Metro section. He has started a biweekly feature on City Room called “Side Street,” which combines images he takes of the city with an essay exploring the social, cultural and economic changes in the NYC’s neighborhoods.

Since his arrival at the NYT  in 1990, David has been the Bronx Bureau Chief, a columnist, and the Central America/Caribbean Bureau Chief.  He previously worked for Newsweek magazine. Before starting his journalism career, the Yale and Columbia U grad worked for several non-profits serving New York City’s Latino and African-American communities. He was also the project coordinator at En Foco, an arts group that supports up-and-coming Latino photographers.