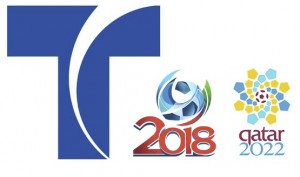 Although a Telemundo spokesman said they were not disclosing details of the financial agreement, The Wrap, B&C, The Wall Street Journal and Sports Illustrated are reporting inside sources familiar with the bidding revealed the stunning $1 billion dollar combined pricetag.

“This landmark deal for Telemundo represents perhaps the greatest milestone in its history,” Lauren Zalaznick, chairman, NBCUniversal Entertainment & Digital Networks and Integrated Media, said in a statement. “The acquisition of the FIFA World Cup, one of the world’s great sporting events, speaks directly to the commitment NBCUniversal has made in the future of Telemundo and to our diverse U.S. Hispanic communities that we serve.”

According to a release, Zalaznick was on a plane flying home from Zurich when the deal was officially announced.

How will Telemundo justifiy the expense?  The WSJ reports “one person familiar with the thinking at Telemundo parent NBCUniversal said that the network hopes to use the World Cup as a way to wrangle paid subscription fees from cable and satellite operators in coming years.”