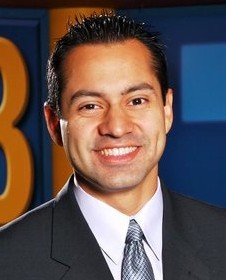 David Iñiga has been hired as sports anchor for KXOF, the Entravision-owned Fox-affiliate in Laredo, TX. He starts the new job on April 2.

KXOF is launching a local newscast this Spring. David will anchor sports for the 9 p.m. newscast, in addition to 5 and 10 p.m. newscasts for Univision affiliate KLDO.

David was most recently a reporter for KGET-KKEY, the NBC and Telemundo affiliates in Bakersfield, CA.  He previously worked as a sports anchor/reporter/photographer in Tyler, Tx for CBS19 and Azteca 18. Before that, he was a line and field producer for KVEA and KWHY-22 in Los Angeles.