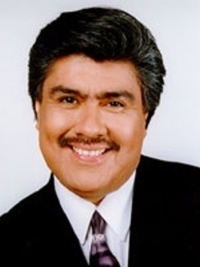 Longtime anchor and news personality Jesús Javier died today in Los Angeles after a lengthy battle with cancer. Despite his illness, Jesús could not stay away from work. He worked while he was undergoing chemotherapy treatment and almost until the end.

For the past 12 years, Jesús, an L.A. news icon,  had been anchoring local and national newscasts for KRCA-62 and Estrella TV.  As News Director and later Vice President of News, he was instrumental in developing the news department for the local L.A. station, which he joined in 2000.

Prior to his move to Liberman Broadcasting, Jesús worked from 1993 to 2000 as news anchor for Univision’s KMEX-34. Before that, he spent 4 years as the 6 and 11 pm news anchor at Telemundo’s KVEA- 52.

Before getting his start in journalism, Jesús studied electrical engineering at UC Berkeley.

Friends have begun expressing their condolences on Facebook, remembering the man who for many was a mentor and a friend. Rest in peace.