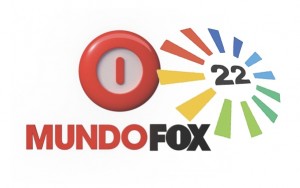 Six weeks since Fox International Channels and the RCN Television Group (RCN) announced they were teaming up to launch MundoFox, the new network has secured affiliates in 20 DMAs covering nearly 40% of US Hispanic households.

MundoFox has released a list of its first affiliate agreements and just as I reported last week, KWHY-22 in Los Angeles will be the network’s flagship station, in the #1 Hispanic market.

In Miami, the #3 Hispanic DMA,  MundoFox struck a deal to air its programming on AméricaTeVe, WJAN-41.

All affiliates in the top 10 markets are Full Power stations or are fully distributed in cable and satellite.

Although the network hasn’t released the exact stations in those markets, it says Hero Broadcasting, Cocola Broadcasting and Prime Time Partners are among the affiliates.

New York City is missing from the initial round of agreements, but according to a MundoFox press release, distribution agreements in the remaining top 50 Hispanic markets across the country are still being finalized.

“In the last 20 years, no U.S. broadcast network has secured such a large footprint so quickly without assistance from O&O stations,” said Hernán López, President and CEO of Fox International Channels in a statement.  “Interest in MundoFox has been tremendous, and we now expect to exceed our original goal of securing distribution in 75% of U.S. Hispanic households by launch.”