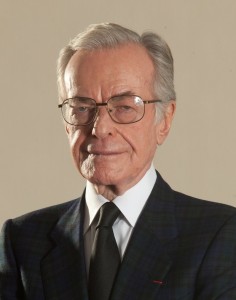 Jacobo Zabludovsky has joined the ESPN Deportes.  He’ll be part of the team that will cover the London 2012 Olympic Games.

The legendary newsman has logged more than 65 years in the journalism business. He started in Cadena Radio Continental in 1946.  He was the news director and anchor of Mexico’s first television newscast in 1950. He has led and anchored newscasts until 2000, when he resigned from Televisa.

Jacobo is most known for his role as anchor of 24 Horas. He is also a published author and columnist.