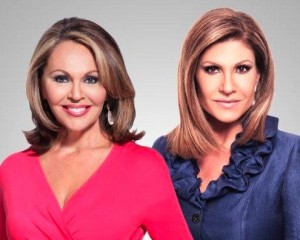 “Aquí y Ahora” has been off the air since January 31. Its extended absence from Univision’s programming grid had many speculating the news magazine hosted by María Elena Salinas and Teresa Rodríguez would be canceled.

But the show is coming back in a new time slot.

This will be the fourth day/time change in a little more than a year.  In March of 2011, Univision pulled the news magazine from its 10 pm slot on Tuesdays and moved it to Sundays at 7 pm.

“Aquí y Ahora” switched back to Tuesdays at 10 pm in June, after only 3 months on the Sunday slot.

After its most recent 3 month hiatus, the show has now settled to Saturdays at 7 pm.