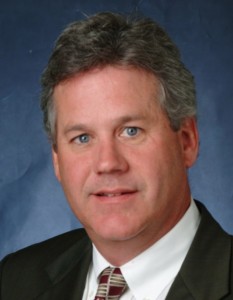 Philip C. Wilkinson has resigned from his position as President and Chief Operating Officer of Entravision, effective May 31, 2012.  He’ll remain a member of the company’s Board of Directors and continue to advise the company on its strategic and operating plans as a consultant. The company made the announcement today.

“I continue to remain a Director and significant shareholder, and I look forward to my new role,” Wilkinson said in a statement.

“We are grateful to him for all his contributions and look forward to benefiting from his continued insights as a director and consultant to the company,” said Walter F. Ulloa, Chairman and Chief Executive Officer of Entravision in a statement.

Wilkinson has spent his entire career working in Hispanic media.  He served as President and Chief Operating Officer since Entravision’s inception in 1996. From 1990 to 1996, he was involved in the development, management or ownership of the company’s predecessor entities, including the launch of the first Univision television affiliate in San Diego, KBNT, in 1990. From 1982 to 1990, he worked at the Univision television network as account executive, Los Angeles national sales manager and West Coast sales manager.